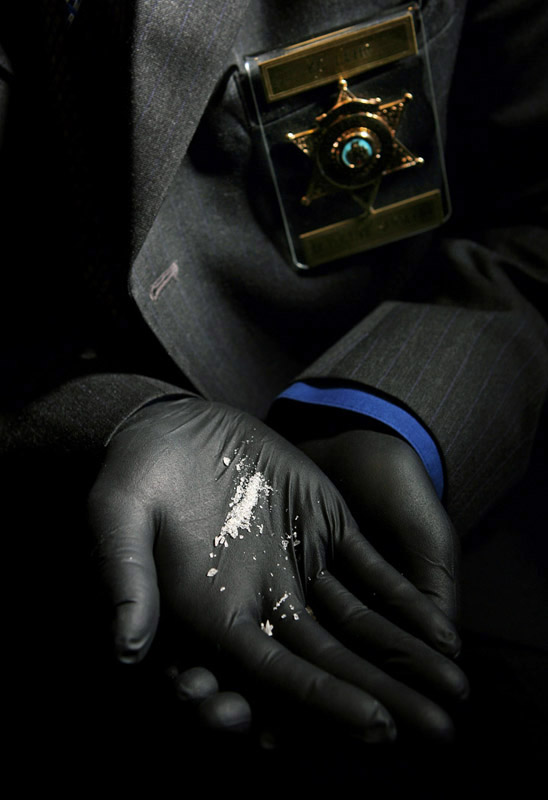 Sublette County Sheriff's Department Detective Sergeant K.C. Lehr, who is head of the drug task force holds a pure form of meth called ice at the Sheriff's office in Pinedale, Wyoming. There was a hundred percent increase in meth related arrests from 2004-2005. Wyoming is several years ahead of Colorado in natural gas drilling. Towns like Pinedale, Wyoming has become an example of what is in the future for other states affected by natural gas drilling. Many workers say that using meth will allow them to work longer hours. Photo by Matt McClain