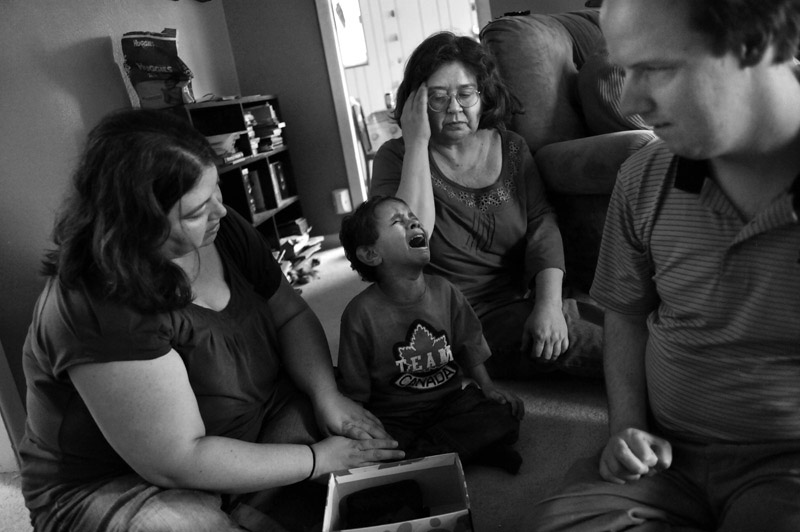 Lelana Fayre, left, sits by her mother, Marguerite Shea (cq), and husband, Jason Fayre as Jason and Lelana's son, Pandu Fayre, 6, cries during his sixth birthday party at the family's Englewood, Colo. home Saturday 05/02/09. Lelana and Jason Fayre adopted Pandu from India in November 2008. This was Pandu's first birthday with his new parents. It was important for me to celebrate and honor the fact that he had had six years before and five birthdays that he had never celebrated." says Lalena. Photo by Matt McClain