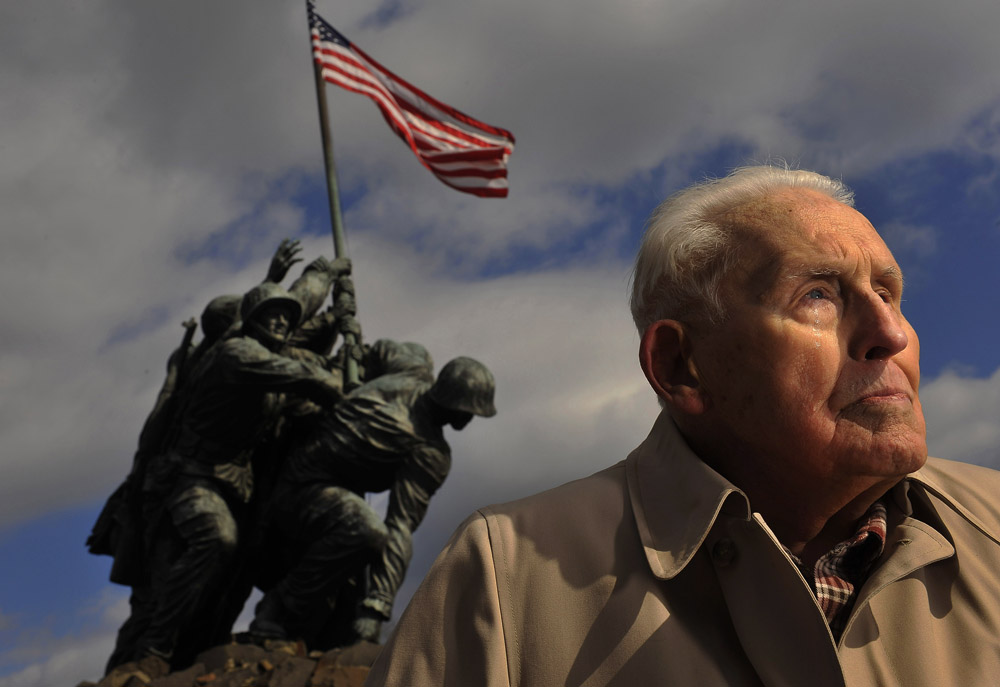 Norman "Norm" Hatch, 91, poses for a portrait near the U.S. Marine Corps War Memorial which is also referred to as the Iwo Jima Memorial on Wednesday February 20, 2013 in Arlington, VA. Hatch was at Iwo Jima, in charge of the U.S. Marines 5th Division Photo Section. The statue is a depiction of a photograph by Associated Press photographer, Joe Rosenthal of a flag raising during the Battle of Iwo Jima. (Photo by Matt McClain for The Washington Post)