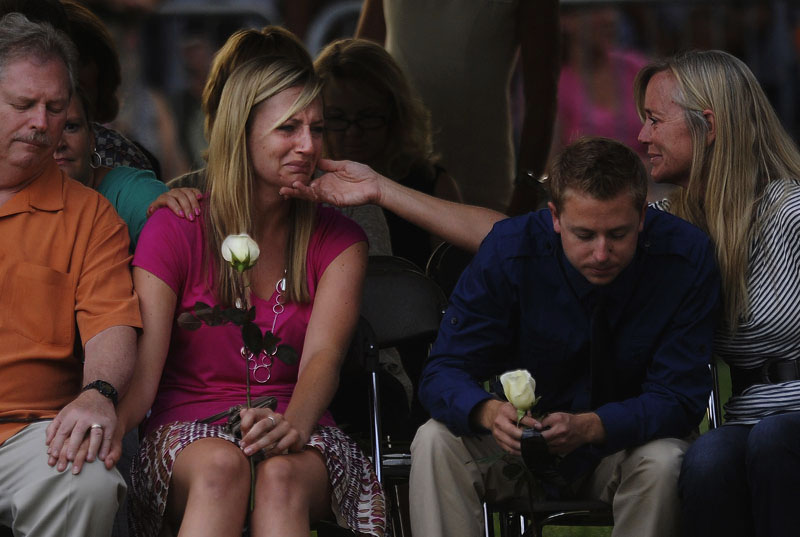 Amanda Lindren, second from left, girlfriend of shooting victim, Alexander Teves is comforted while she grieves with others closely associated with the victims of the Century Aurora 16 movie theater shooting during a community vigil at the Aurora Municipal Center on Sunday July 22, 2012 in Aurora, CO. Teves used his body to block Lindren from the gunfire and was killed. The event was to honor the memories of those injured and killed in the deadly shooting Friday morning at the Century Aurora 16 that left twelve dead. (Photo by Matt McClain for The Washington Post)