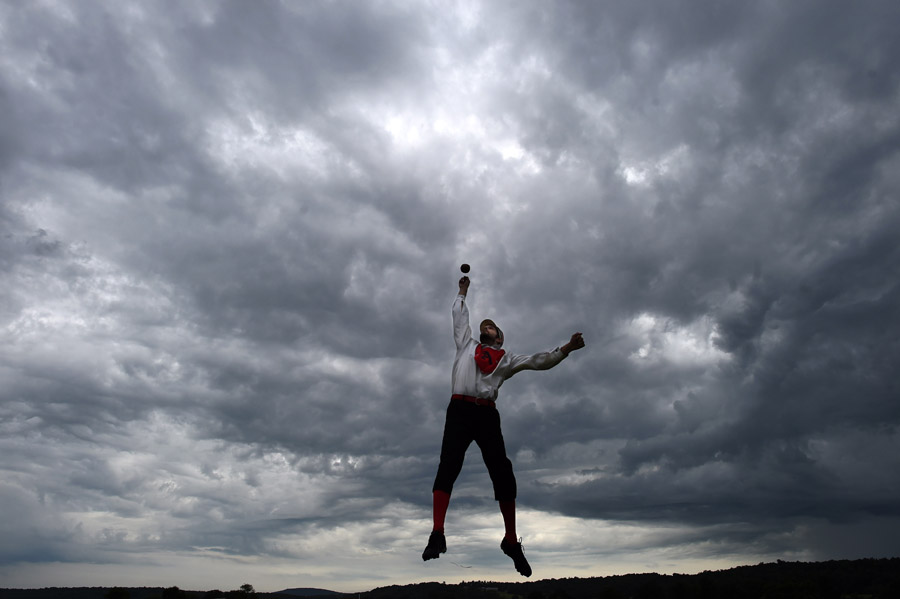 Matt Spencer of the Excelsior Base Ball Club of Arundel leaps for a ball as he and others warm up before a game during the Gettysburg National 19th Century Base Ball Festival on Saturday July 18, 2015 in Gettysburg, PA. Spencer was playing with the Capital Stars of Washington, DC, which was a team comprised of players from various local teams. Many of the games were played without the use of any gloves. (Photo by Matt McClain/The Washington Post)