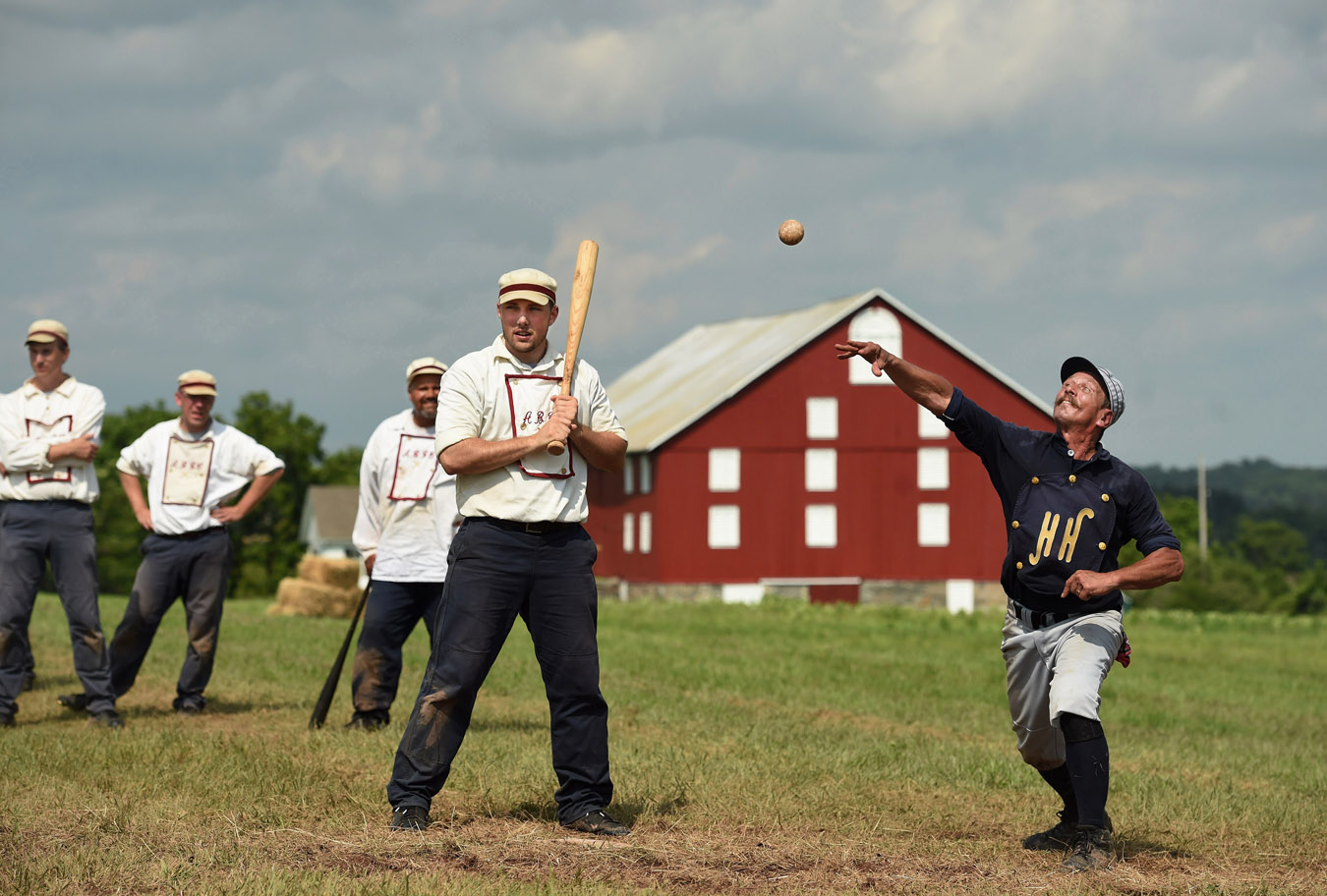 Rich "Fingers" Effinger, left, of the Atlantic Base Ball Club of Brooklin takes his turn at the plate as Jay "Udderguy" Kauflie, right, of the Hog and Hominy Base Ball Club of Tennessee makes a throw to second base to try to get a runner out during the Gettysburg National 19th Century Base Ball Festival on Saturday July 18, 2015 in Gettysburg, PA. Effinger's team is based in Smithtown, NY. The team pays tribute to a nineteenth century team called the Brooklyn Atlantics. (Photo by Matt McClain/The Washington Post)