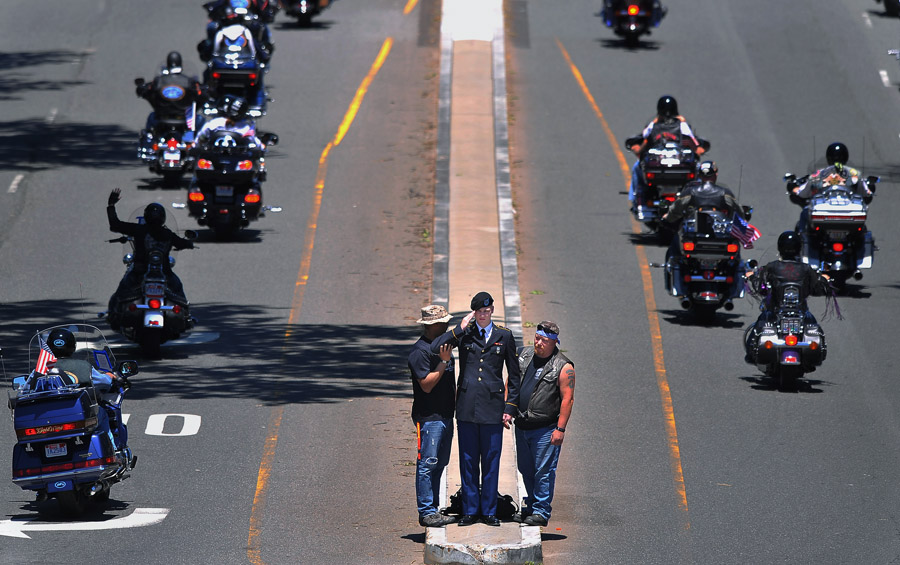 Emanuel Salazar, bottom left center, helps to hold up the arm of U.S. Army Pfc. Colin Morris, bottom center, as he salules while Michael Molands, bottom right center, looks on while they stand along 23rd St. NW near the Lincoln Memorial during the Rolling Thunder First Amendment Demonstration Run on Sunday May 26, 2013 in Washington, DC. Salazar was helping Morris in order to keep him from being too fatigued from hours of saluting. Morris was also reminded by Salazar and Molands to occasionally bend his knees to keep from passing out. The ride that included scores of motorcycles began in parking lots at the Pentagon and made its way into the district. (Photo by Matt McClain/ The Washington Post)