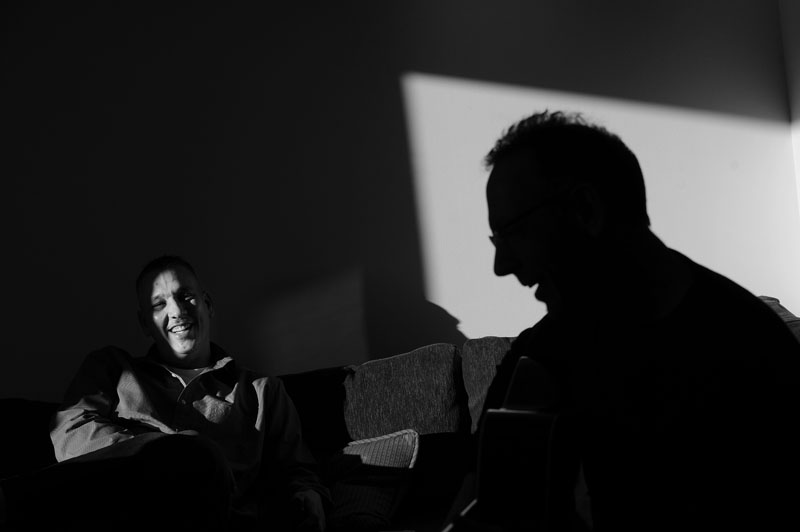 U.S. Army Staff Sergeant Kenneth Sargent works with retired U.S. Air Force Staff Sergeant Stacy Pearsall and songwriters, Darden Smith and Radney Foster on a song based on his military experiences during the LifeQuest Music Camp at the Garden of the Gods Club on Friday January 20, 2012 in Colorado Springs, CO. The camp brought four professional songwriters to work with current and retired military service men and women. Participants worked with the songwriters to craft songs that speak to their military experiences. The name of the song they produce was "It Is What It Is". Sargent broke his back in Iraq during a rocket attack and was told by doctors that he would never walk again. He was able to regain mobility and is returning to active duty on March 1, 2012. Sargent is stationed at Fort Carson in Colorado. (Photo by Matt McClain for The Washington Post)